Want to know the simplest nootropic that is available everywhere and super effective?

Caffeine is probably the most popular of all stimulants and is most often associated with coffee and black tea.

But this potent energy enhancer is also found in many other sources besides the common cup of Joe.

You can find this stimulant in green or black tea, fruits such as Guarana berries, just about every energy drink on the market and of course it also comes in pill form as a nootropic supplement.

Caffeine is a stimulant found in many weight loss and nootropic supplements, and is most commonly extracted from various sources such as:

Unknown to a lot of people, caffeine is one of the most basic nootropic substances because of the stimulating effects it can have on your brain.

It is often used as a performance enhancing substance to:

Most people generally tend to overlook that fact that is can be classified as a nootropic substance, simply because of the common social value that it has.

Aside from tea, coffee has always been preferred as the drink of choice for friends who want to meet up and get together.

The phrase ‘want to meet up for a cup of coffee?’ has by now embroidered itself into our way of life, so much so that we take for granted the positive effects that a cup of Joe can have on your health.

Instead, we make our choice based on taste and presentation, and we, rather negligibly, assume that our ‘addiction’ is based on these factors.

But caffeine has many health benefits besides the performance enhancing side and is an important source of study for overall health and wellness.

While it’s true that drinking moderate amounts of coffee, such as one or two cups a day, can have pleasant and uplifting benefits, having three or four cups may tend to create unpleasant, anxious and foggy feelings.

The trick is to not drink too little or too much.

Drinking too much too often for example, can lead to an unwanted tolerance whereby the caffeine’s short term effects – such as alertness and wakefulness – are no longer felt.

A Natural Stimulant That Works Quickly and Effectively

Recent research conducted concluded that the positive effects of caffeine on our bodies can be felt almost immediately – often within just 15 minutes of administration.

Incredibly, these positive effects can continue to be felt for up to six hours in some individuals.

Because caffeine is found mainly in all-natural sources, as opposed to only being synthetically manufactured, people tend to view it with less skepticism.

But it still exerts an incredibly potent effect on your central nervous system, requiring sensibly small doses for its effects to be felt.

Therefore, a small shot of caffeine can wake you up quickly, making you alert and ready to tackle any tasks that are ahead of you for the day.

Getting The Most Out of Caffeine

To get the most out of caffeine, it is often used in combination with other nootropics to create a potent and powerful stack.

People often prefer to go down this route when they really need mental enhancement for work or study.

And more than that, a caffeine-based stack can act as a powerful performance enhancer, which is why it is used in most fat burner supplements.

Here are a few different combinations that caffeine is commonly used:

Caffeine + Quercetin: – This combination helps to increase your energy levels for enhanced performance while also and inhibiting the production of fat cells within the body.

Caffeine + L-Theanine: L-Theanine helps to take the edge off of the caffeine, which helps to increase your energy levels while improving your focus and concentration at the same time.

The combination of caffeine and L-Theanine is one of the simplest and most common nootropic stacks because it has been well-documented for its synergistic benefit.

L-Theanine suppresses the harsh and edgy nature of caffeine, thereby reducing the risk of any side effects such as hyperactivity, anxiety and the inability to focus.

This simple nootropic stack is ideal for athletes in particular, as it allows for greater muscle activation and dexterity, enhances alertness and allows greater visual acumen.

Moreover, it is known to effectively amplify our mental faculties, improving our focus and tightening together our memory.

Supplements are a great and convenient way to help to increase energy, reduce fatigue and improve alertness and wakefulness.

For anyone who doesn’t like the taste of coffee or tea, or who experiences bad reactions to them with feelings of anxiety and fogginess, caffeine capsules or tablets are the perfect remedy.

Supplements, especially capsules or soft-gels, work in a similar way to a shot of espresso, giving you a rapid jolt of energy that puts you in the right physical and mental frame of mind for a workout or study session.

Most supplements come at a reasonable price and if you stick to the recommended dosage, there is a very limited chance that you will experience side effects. 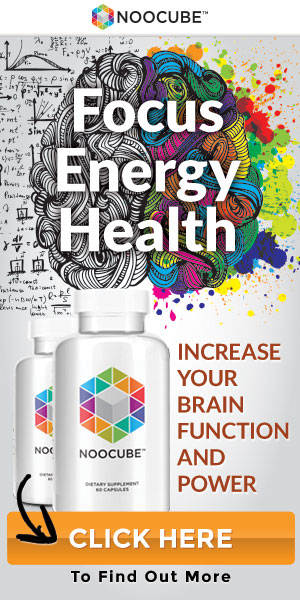